Les Flores, Vice President of the WDSF, writes about the WC 2016 in Kolin, Czech Republic: 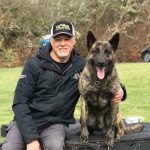 It’s been a while since we chatted about the organization and the Dutch Shepherd. Seems like Facebook takes over all discussions and events in the world.

I had the chance to go to the Czech Republic to watch the World Championship for Dutch Shepherds. This year, the Czech Dutch Shepherd Club decided to add an agility, as well as a FCI obedience competition. Both were held in conjunction with the IPO championship on the field next to the stadium.

I arrived on Friday, May 6 in time to see some of the teams practice in the championship field. At 5 pm the opening ceremonies began. Unbeknown to me, I was to give a welcome speech. Needless to say, I was not prepared, so I winged it.

Apparently it was a nice speech or maybe they did not understand what the heck I said. They all clapped and hoot and hollered. To be honest, I don’t remember what I said. Had been awake for over 24 hours (can’t sleep on a plane).
After the opening ceremonies, the draw. All went well after the initial confusion in how they wanted the flights to be worked.

The IPO 1’s and 2’s were to be at the stadium for Obedience and Protection on Saturday, while all the IPO 3’s were scheduled to track. I must interject here that the organization was a bit off, but once the event got under way, the championship ran its course. The host club did an awesome job of helping and keeping the event running.

The countries that were represented were, The Netherlands, Germany, Hungary, Sweden, Finland, The Czech republic, Belgium, Estonia, Austria and Switzerland. It was nice to see the dogs compete and interesting to see how each country supports their team. The Austrian team was out of control (in a good way). Every time one of their members entered the field or finish their performance, there was a great applause and overall good sportsmanship. The same was for The Netherlands and everyone applauded when Hungary or Finland showed. The support to each country by other countries was fantastic. I have competed in several championships in Europe and this, I might add, was the best sportsmanship I have ever witnessed. I guess DS people do stick together.:)

The winner and three time champion was Andrea Manthey with Bullriding Glenmore, 2nd Place was Jack Stienstra with Holland Messi v Le Dobry. The score was tied, but Andrea and Glenmore had higher protection score.

Helper’s choice was Holland Mack v Le Dobry. All in all, it was a very nice event with some solid performances and some heart breakers. Klaas and Nigel only needed a 90 point in protection to win the championship and they were on their way to accomplished it, when all went to hell. Blind search, Excellent. Hold and bark, Excellent. Heel to the escape, Excellent. Escape, Excellent. Re-attack, excellent. Back transport, excellent. Attack out of the back transport, excellent. In the drive the helper stepped on Nigels left rear leg, but he held on until he was commanded to out. Once Nigel out, he was on three legs, but held the helper. It was rated high very good. Heeling to the long bite, was also excellent, but we could all see that Nigel was not moving well. On the courage test, Nigel ran toward the helper but he was not running as fast as I had seen him in the past. Took the grip and when the helper started to drive him, Nigel let go and would not engage the helper anymore. Dismissed.
The WDSF held an annual board membership. Present were Jose Stienstra (President, Holland), Les Flores (VP, USA), Klaas Stienstra (Treasurer, Holland), Melinda Fekken (Secretary Holland), Marion Fluri (DAL, Switzerland) and Sigrid Schmitt (DAL Germany). Absent was Lars Czylwik (DAL Sweden)

When I get the minutes of the meeting I will them and pass them on to you. One thing to note was that the WDSF will encourage future host countries of the World Championship to also host Agility and Obedience championships, however, they don’t have to if they don’t want to.

The WDSF will provide a host country a set of Guidelines to follow for the championship and other things to avoid confusion. Of course they will have to change a bit depending on the country hosting the event.

The 2017 Dutch Shepherd World Championship will be held in Germany the first weekend in May. The location will be posted soon. 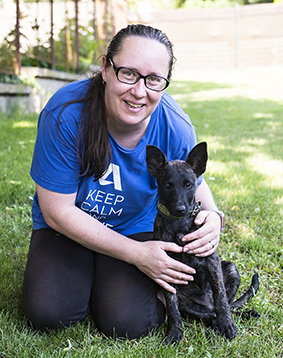 World championship is almost two weeks over, so let me take a fresh breath and thanks to several people. First and biggest thanks is for my husband, even not dog fanatic, he was helpfull during whole the preparation, nagotiation, and also front line during the event.

I would like also thanks to all participants of all competitions (IPO, Agility, Obedience), who came to Kolin, made this event great time to meet and compete and also were patient to some organizational bugs.ce President

Words of the Champion, Andrea Manthey: 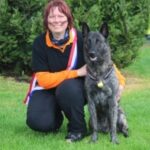 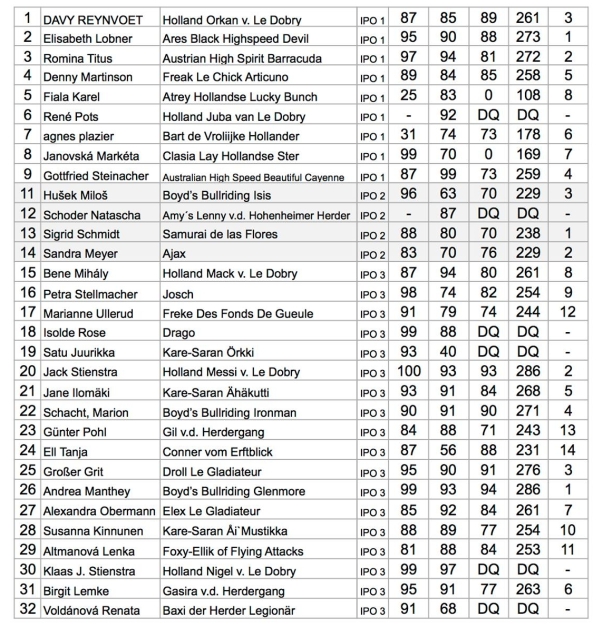 Pictures of the 2016 World Championship can be found on here.